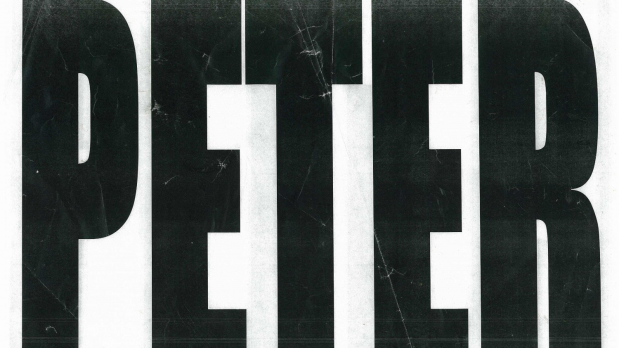 RACHEL, a performance for the dead of night.

RACHEL, a performance for the dead of night, is a 45-minute solo performed by Rachel Tess starting at 5.30am outside at 1200 NW Naito Pkwy #650, Portland, OR 97209. Rachel and Peter explore being in the world when the world sleeps, through walking, exploring, moving, touching, listening, meditating, embodying and existing.

During the solo performance you will be guided in silence to walk through the city. Stopping to spend time with and encounter the ‘earlier’ through a short performance in the dark.

This is a non-funded project, and so we ask for a donation of $8.

You must let us know if you are coming.
Message us at Rachel Victoria Tess or rtess@rachelvtess.org

please note:
The performance and walk will be outside for up to one hour. Please bring appropriate attire and umbrellas.

Peter Mills, the artist PETER, is exploring how we exist in the world. Using reformulation Peter devises an alternative form through which to understand the body’s/a person’s activities and place in the world. I met Rachel at the University of Dance in Stockholm, immediately entering into critical debate and a lasting friendship and artistic partnership.

Rachel Tess is an American choreographer and performer living and working in Sweden. She is the director of Milvus Artistic Research Center in Kivik and Rachel Tess Dance in Portland, Oregon. She received a BFA in 2004 from The Juilliard School in New York City. While attending Juilliard, Tess received a Princess Grace Award (2002), performed as a member of the Lar Lubovitch Dance Company, and was presented with the Martha Hill Dance Award by the faculty.

Tess has been a member of Les Grands Ballets Canadiens de Montreal, Gothenburg Opera Ballet, and held a permanent position with the Cullberg Ballet in Stockholm. She has premiered her choreographic works in Stockholm, Montreal, New York City, Costa Rica, and Portland, Oregon. She was part of Dance Magazine’s 25 to Watch in 2010 for her work as co-­‐ director of Rumpus Room Dance in Portland, Oregon.

In 2013, Tess received her masters in choreography from the New Performative Practices Masters program at DOCH. She won and completed a Princess Grace Foundation Works in Progress Residency at the Baryshnikov Arts Center in New York City with her ongoing project Souvenir in 2013. She is a member of ÖSKG since September 2013. Her work Souvenir was exhibited as part of the Dance Me exhibition at Wanås Konst in 2014. She was presented by the Lower Manhattan Culture Council, (in collaboration with Princess Grace Foundation USA and Baryshnikov Arts Center) in 2014 and 2015. She is also engaged in the ongoing project These are Bodies, These are Motions, This is the Place with choreographer/performer Benoît Lachambre, which premiered at Wanås Konst in 2014 and New York City in the River to River Festival hosted by LMCC).

Peter Mills is a choreographer, dancer, performer, artist, activist, researcher, teacher and mentor. Peter has a masters in choreography from Dans och Cirkushögskolan, where he worked on choreography through documentation as an ethical practice, towards anti-authoritarian ideals.

Now Peter focuses on research and experimental choreography. Peter works with the assimilation project with Robin Dingelmans, the Great Beyond with Emma Tolander,Sensescapes with Dalija Acin Thelander, Bad girls practices: un-writing dance, the body and the choir with Frédéric Gies, sit_catris with Pontus Petterson, Operation Infinity with Simon Vincenzi, supervising BA and MA students at DOCH, Bodies of evidence with Sandra Noeth and PETER at Body Double(TU), Display:festival Kungliga Operan, MDT and MARC(SE) on an exploration of alternative knowledges, politics and ideology within community and micro-politics of the self, by a radical un-productizing of expanded choreographic forms through and as, reformulation, caring, listening, inclusivity, interruption, mediation, emotional sharing and PETER the durational performative ethically demanding choreography of the self.